Handcrafted and unique ViennaBloom flower-sphere. This hand-modelled stoneware (high-firing clay) sculpture comes to life through a long process that includes three firings and the application of glazes and liquid gold. This series reflects my Viennese artist’s Jugendstil/Art Deco heritage, and may also be viewed at the historic Österreichische Werkstätte shop in the heart of old town Vienna.

(If you are sending this to a special someone as a present, please send me an email with a greeting text when you order, so I can include a creative card!) 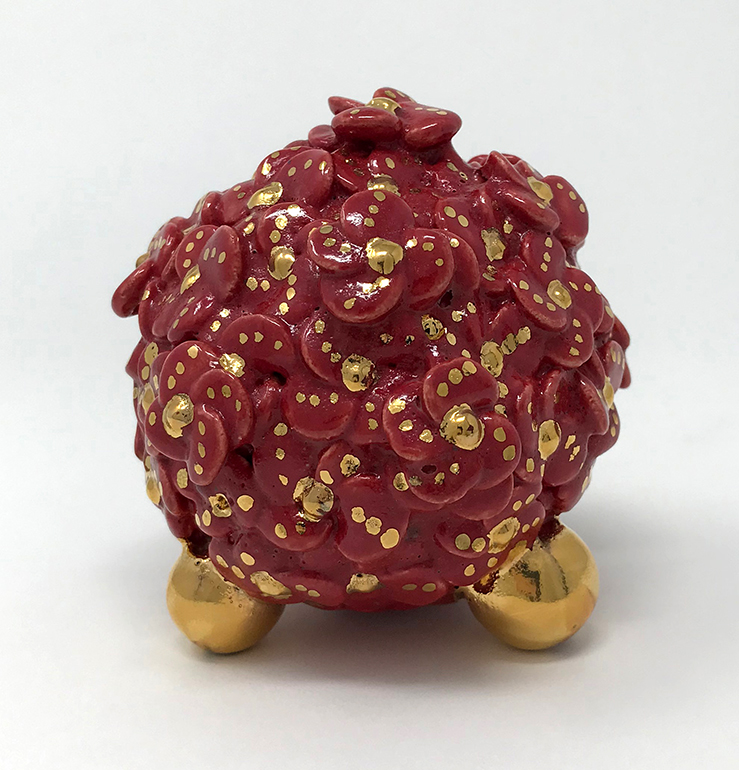 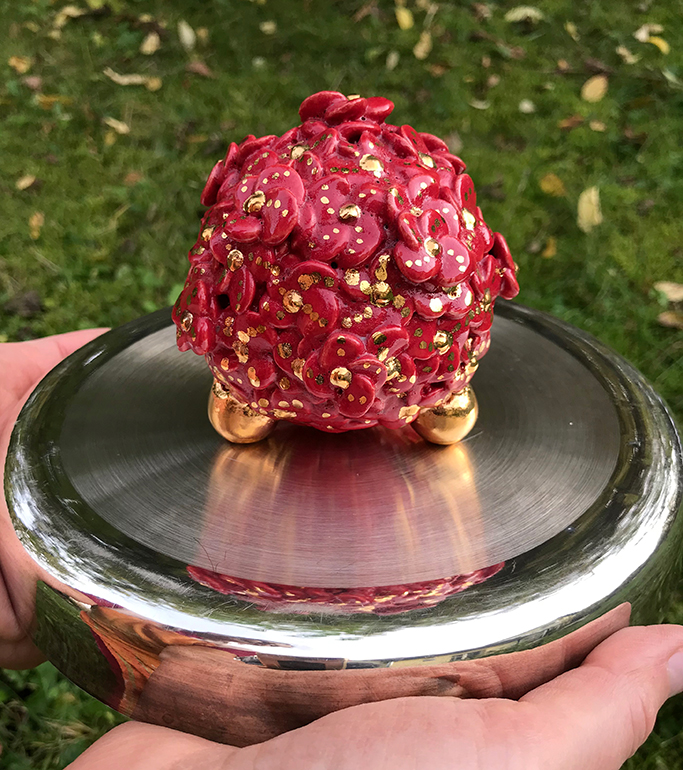 The Art of Simplicity and Lightness:

I grew up in Vienna and studied ceramics and design at the University of Applied Arts. My ViennaBloom is a homage to the beauty of this city and the rhythm of the Viennese Waltz. Inspired by the genius and the many treasures to be found in Vienna, I've attempted to capture its magic in the elegance and abundant splendour of this series of artworks.

(Product weights and sizes are approximate. Sizes are in the order of height, width, depth.)

The origins of Oesterreichische Werkstaetten in Vienna. Josef Hoffmann and the Wiener Werkstaette:

Oesterreichische Werkstaetten emerged from the Wiener Werkstaette movement and the Werkbund federation of craftsmen and were founded in 1948 by Josef Hoffmann himself. They are regarded as a real Viennese institution that the city would be unimaginable without. Josef Hoffmann, a cult figure who had a huge influence on the design canon in general, and was fondly known as 'Square Hoffmann' in his day because of his love of that shape, was responsible for more than one turning point in the history of art. Josef Hoffmann’s designs have a very strong following among art connoisseurs and enthusiasts.

In 1903, Hoffmann founded the Wiener Werkstaette in Vienna, together with his colleague Koloman Moser and the banker Fritz Wärndorfer. Round about the turn of the century, artists all over Europe wanted to free art from all forms of exaltation and make it accessible to the masses, above all in their everyday lives. This was also how the Wiener Werkstaette saw its goal.

The embellishment of everyday objects led to one of Hoffmann’s most important concepts: the total work of art, focusing on the indivisibility of life, art and architecture. With its revolutionary insights, the Wiener Werkstaette was an important driving force behind subsequent art movements in Modernism and beyond. For example, Bauhaus might never have happened if the Wiener Werkstaette had not taken the groundbreaking step of Jugendstil simplification, leading to the emergence of art deco.

In 1912, Hoffmann was co-founder of the Austrian Werkbund, an association that acted as an interface between craftsmanship, architecture and art. In 1948, he brought Oesterreichische Werkstaetten into being as a kind of renaissance of the Wiener Werkstaette. Following the same principles as the Wiener Werkstaette, they sought to combine functional clarity of form, top-quality materials and solid craftsmanship and so to bring charm and elegance into the daily lives of everyone.